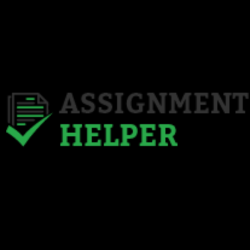 Rising socio-political calls for inclusive workplaces has caused companies to re-examine their cultures and focus on progressive strategies to ensure individuals from diverse demographics and backgrounds are visible in the workplace. Workplace visibility refers to how someone sees themselves or others in a professional space. In a workplace, this extends to having the ability to be seen and has become a privilege or comfort that is not afforded to all employees within the corporate space. Visibility refers to physical characteristics and demographical signifiers invisible or not physically apparent, such as sexual orientation, (dis) abilities, socio-economic status, and previous lived experiences. This list is not exhaustive as many other social signifiers shape an individual and affect their visibility in the workplace. The following table presents a varied list of demographic characteristics that could make an individual visible or invisible in the workplace:

According to a study conducted by Lollar et al. [2015], visibility can be advantageous and empowering to groups or individuals as it allows them to control their image, gain recognition and use space to have their voices heard. Visibility can inform the representation of specific demographics in an industry’s or organisation’s social makeup. In the workplace, visibility is also often determined by a working output and rewards system, where employees are rewarded for the work done and subsequent results produced.   In this capacity, visibility becomes somewhat performative, with output measurements often being biased and fostering an environment of presentism and performative productivity. Visibility theory suggests that employers have become comfortable with a familiar demographic that has historically provided ‘success’ for companies. But this ‘success’ is based on previous uninclusive hiring and work practices, and if COVID-19 has shown us anything, it’s that the ‘normal way of working is not necessarily the best or most productive. Employers continue to seek similar individuals to fill vacancies, so, from a diversity and inclusion perspective, the acquisition of employees continues to remain predominantly white, middle-class and fitting the all-too-familiar corporate mould. Employers become comfortable with being surrounded by a ‘type’ of individual that will provide the results. Until now, dominant unmarked characteristics such as whiteness and heteronormative sexualities have dominated.

Many demographics have been invisible and underrepresented in the workplace. The diversity practices that some companies are implementing ensure an inclusive and accessible environment for employees with diverse experiences and characteristics. Meaningful inclusion practices to make the underrepresented more visible is ensuring that hiring processes are, for example, accessible for all applicants. It also means providing equal and fair opportunities for progression within an organisation. Whatever strides are being taken to progress a company in the name of diversity should be meaningful instead of making performative gestures to the underrepresented demographics for brand representation.

While the overall visibility results are meaningful and powerful for those underrepresented in the workforce, poor strategies to diversify a team can lead to individuals or groups becoming hypervisible. Hypervisibility is judged by demographical characteristics, particularly physical attributes, as they are immediately apparent to other individuals. Ryland et al. [2013] describe hypervisibility as “scrutiny based on a perceived difference”, so rather than our differences being visible and celebrated, they are put under a microscope and scrutinised. Characteristics become the sole factor for which others recognise employees. Eventually, it can skew an individual’s self-perception, making them believe that they are only an asset for fulfilling a quota at a company.

In an article by Maureen Reedy, called The Paradox of Whiteness, she discusses how underrepresented races become visible through diversification initiatives, but whiteness as a racial construct becomes hypervisible. As a normative or dominant characteristic, whiteness has always been unmarked in the corporate space, often acting as the labour organisers in privilege, control, and prevailing visibility. The fact of the matter is that to make other races more visible; whiteness will have to become less visible to employers, with an increased focus on skill and capability rather than ‘suitability’ or assimilation politics. Inclusive practices are an opportunity to highlight the skills of those who were invisible before these initiatives. Yet, these initiatives also expose the unconscious bias and lack of lived experience or knowledge of those trying to put these initiatives into place. Unfortunately, despite diversity and inclusion practices making progressive efforts to make individuals visible, the initiatives face backlash from specific white demographics. They feel that their employment opportunities will be impaired as companies are doing more to those historically and currently underrepresented.

Poor diversity and inclusion strategies led by inexperienced or untrained HR departments can have problematic consequences. It can lead to employees feeling like tokens fulfilling a quota or a requirement for company brand representation. Tokenism is referred to making superficial or meaningless efforts or symbolic gestures that are not rooted in any meaningful or progressive change within a company. This means hiring individuals solely based on their characteristics rather than taking experiences and skillsets into account. This strategy can be pretty dangerous.  Those employed by tokenistic methods will become hypervisible, overshadowed by their race, ethnicity, or other demographical characteristics- they will essentially be alienated as the diversity hire to ensure a positive external image of a company. This is not a strategy that will promote meaningful discourse and possibly lead to divides in an office where white staff view hypervisible ‘diversity’ hires as individuals who will hinder their employment and career advancement opportunities. Employees should be valued for their work. Trying to become an inclusive or diverse company is not an excuse to favour and scrutinise someone based on their demographic

Here’s the thing, visibility is essential- if done well and here are some tips to promoting meaningful conversation in an inclusive environment. If the HR department is unequipped to handle employee complaints concerning diversity and inclusion, then try and create a separate complaints stream with specialists well-versed in handling complaints from underrepresented groups that may suffer from micro-aggression or prejudice in the workplace. Training promotes allyship amongst employees, which means that employees actively ensure they support each other and are also aware of what phrases and actions are problematic and hurtful.

Sometimes diversity and inclusion initiative implementation can feel like a balancing game, but ensuring positive visibility for underrepresented groups is a progressive step forward for an equal workspace.