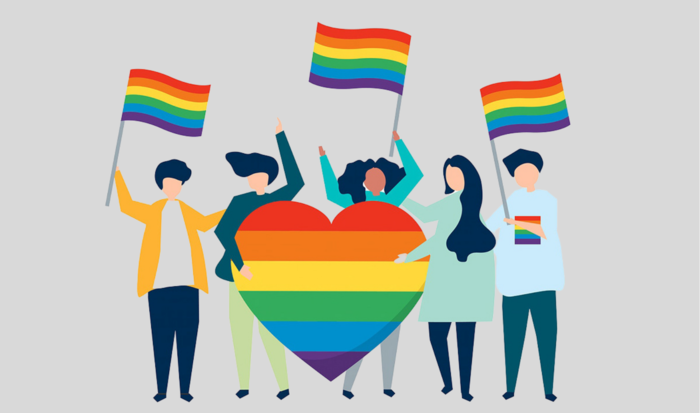 LGBTQ+ inclusion in the workplace is something that has been a struggle to implement for decades. People who identify as anything but cisgender (those who identify with their assigned ‘sex’ at birth), or heterosexual (those attracted to people of the ‘opposite’ gender) have been struggling to gain real inclusion free from discrimination since before the 1980s, and still do so today. Both sexuality and gender can be integral parts of a person’s identity, even if they need not proclaim this publicly. Yet given that most aspects of our lives and workplaces are shaped around heteronormativity and a patriarchal structure, systems under which LGBTQ+ people are categorised as ‘abnormal’, the fact that members of the community don’t feel comfortable disclosing their sexuality or gender identification is hardly surprising. While we can acknowledge that not everyone feels comfortable discussing their sexuality in a work setting, the low completion rates of the sexuality section on most Equal Opportunity Monitoring Forms speaks to the homophobia that still exists, forcing many to closet themselves for their own safety and protection; be it emotional safety, physical safety, or job safety.

But surely the onus of this protection should be on employers, and not employees? In the wake of last year’s global resurgence of the Black Lives Matter Movement, as companies pledge to be more equal, diverse, and inclusive of all, one does have to wonder to what extent organisations are being inclusive of people with multiple marginalised identities – such as Black queer people.  For businesses that operate on an international scale, this is something to be particularly mindful of. International Employment Lawyer recently published an article on ‘How employers can safeguard LGBTQ+ communities’ in which they highlighted that the list of states that currently criminalises LGBTQ+ people contains several countries where well-known corporations have significant business interests – such as the UAE, Bangladesh, Ghana, Indonesia, Malaysia, and Singapore. These companies need to know if they are operating in a country that is abusing the human rights of their workforce – rights that are protected in international law – and what they are going to do about it. The article posed the following question: “How can a conscientious employer protect its LGBTQ+ workers from laws that criminalise their existence, and should it use its economic influence to move the needle toward greater equality in those countries?” Here we begin to enter the territory of corporate social justice, but as the landscape that we live in rapidly changes towards one that is more conscientious of environmental and social causes, are companies who do nothing going to be left behind? Probably yes, as they are clamouring to put together diverse teams whilst failing to retain ‘diverse’ talent.

It is also incredibly interesting (to say the least) to note that many of these countries with anti-LGBTQ+ legislation are former European colonies. In fact, of the 72 countries that criminalise ‘private, consensual, same-sex sexual activity’, 61 are former European colonies. While the extent of colonialism and its long-reigning aftermath differs from region to region, the relationship between historical European colonialism and present-day anti-LGBTQ+ legislation is clear. This is a connection that has already been discussed at length in recent years by the likes of Stonewall UK and The Guardian.

With all this in mind, organisations have a moral imperative to protect their LGBTQ+ employees. Your organisation is not inclusive if you promote anti-racism but still hold homophobic, transphobic, or generally queerphobic views and values. For instance, are your employees in queer relationships afforded the same opportunities and respect regarding parental leave? Do your employees feel comfortable applying for secondments or placements in countries with anti-LGBT+ legislation? Although we will not be holding large events anytime soon, would they feel comfortable bringing their partners and introducing them to other employees? Are people in your organisation mindful and respectful toward to their trans colleagues? Do you have a trans policy or gender-neutral bathrooms? Do your contracts and staff policies use inclusive language? Ultimately, your work environment needs to be a space in which LGBTQ+ people, and others that are positioned at marginalised intersections, can comfortably be their authentic selves and not have negative experiences while doing so.