Plain not Puzzling: The Principality of Pronouns

Pronouns are as plain and simple as the title suggests. When speaking about anyone in the third person, the English language requires the use of pronouns, which have a gender implied – such as “he” when referring to a man or “she” when referring to a woman. There are those who dismiss the use of pronouns because of its "complexity" – “it’s too complicated for me” – others because of underlying homophobic and transphobic ideologies, but most simply relegate the use of pronouns to the sole responsibility of LGBTQIA+ culture – “why should I have to use them? It’s not my problem”.

Gender pronouns take some comprehension, but so do the simplest things in life, such as being happy or sad, knowing up from down. Nevertheless, even complex and abstract concepts such as human life, astronomy, faith, and maths are things that people have a basic or a lot of understanding of because of the evolving world we live in, thanks to education and science. A chart from them. is shown below demonstrating the use of some of the most common pronouns in their various formats. We are familiar with these forms when they are used with he and she, so it is just as clear when a gender nonconforming person uses their subjective pronoun. 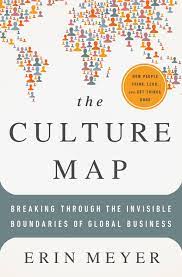 Intersex, non-binary, and gender nonconforming people (such as trans people who no longer conform to their assigned ‘gender’) coexist in society with cis people and are not protected by the pronouns. Many of these communities have suffered psychological and physical abuse at the hands of an oppressive culture that does not make space for them. A culture that restricts us all to the confines of two genders, assigned at birth and related to our ‘sex’. By recognising people's pronouns, and taking the time to understand and adapt, you are expanding your worldview to be more inclusive and acknowledging that trans and non-binary people exist and should be recognised with respect. When only trans, intersex or non-binary people have to state their pronouns, it is othering. Cisgender people can show solidarity by also stating their pronouns, as it shows that one’s gender is not a ‘given’ based on their outward appearance. In this way, we challenge the gender norms that can be so detrimental on the lives of people and communities who do not conform to them. For someone who has struggled with acceptance their whole life, recognising people’s pronouns is profoundly affirming and empowering; it respects one's humanity and has a positive effect on deep social challenges that the LGBTQIA+ face, including suicide and homelessness. Studies have shown that transgender and non-binary youth who reported having all or most of the people in their lives value their pronouns attempted suicide at half the rate of those who did not have their pronouns valued. Of course, this differs from person to person, however to value someone’s pronouns, and by proxy their identity, can be the life-affirming action that lifts a community.

One thing that is certain is the importance of using proper pronouns and recognising the positive effects of correct usage and respect. And it's simple: if you're ever unsure about what pronouns to use for anyone, simply ask – "what pronouns do you use?". While diversity and inclusion are critical in business, sparking discussions about corporate structures, using correct pronouns is one of the simplest ways to recognise cis-privilege. Companies should encourage discussions about gender pronouns to inform employees and raise awareness internally and externally in how to become better allies. Using pronouns in company email signatures is but one example of this, as it acts as a consistent action and reminder of the importance of building inclusivity at work. It supports those who are constantly having to state their gender, as mis-gendering can be incredibly exhausting, painful, and upsetting for the trans community and non-binary people. As the research exemplifies, not only is it a simple way to be a transgender ally – but it can also help to save lives.

Diverse Jobs Matter is a truly inclusive and intersectional organisation, and members of our team are encouraged to use their preferred pronouns. While DJM believes that the use of pronouns reflects unity and inclusivity, stating pronouns is a personal option.