What happens if we flip the stats? A thought experiment 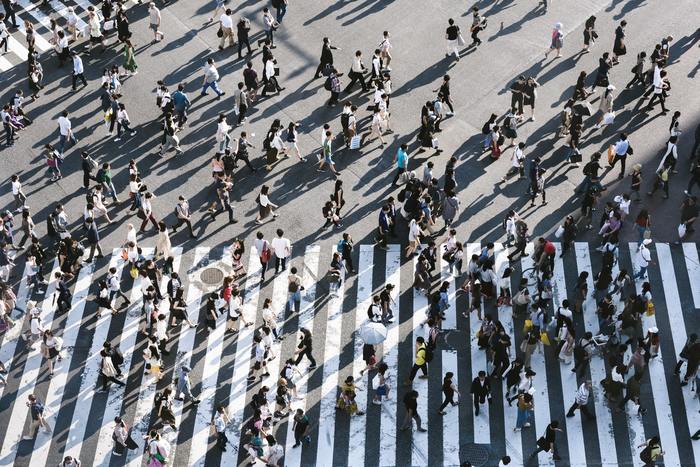 ‘4.7% of the UK’s most powerful jobs held by BAME individuals’

‘95.3% of the UK’s most powerful jobs held by white individuals’

The above statements are the same statistic. Semantically, they are very different. What happens when we flip the figure? Do feelings of warmth, hostility, neutrality or interest attach themselves more to one than the other?

In their clinical directness, statistics often serve as catalysts for change. Research by Green Park released during the summer in the wake of global Black Lives Matter protests sparked a wave of renewed outrage towards systemic racism from leading news outlets in the UK. ‘Just 52 out of 1099 of the most powerful jobs in the country held by ethnic minority individuals’, declared the diversity consultancy. ‘Non-white’ or ‘BAME’ individuals fill 4.7% of top jobs, media giants echoed.

What do terms like ‘BAME’ and ‘non-white’ really mean? How can human beings be surgically divided into pre-defined categories?

Setting out to create some diversity and inclusion infographics, my impulse was to supersize such statistics for eye-catching effect. But a representation rabbit hole burrowed its way ahead of me: What do terms like ‘BAME’ and ‘non-white’ really mean? Are these groupings helpful? How can human beings with such a diversity of ethnicities, cultures, connections, lifestyles and opinions possibly be divided so surgically into opposing, pre-defined categories?

I don’t dispute the occasional efficacy of categories and groupings. In the case of Green Park’s research, they reveal nationwide discrimination in one swift blow. There is no denying the injustice they pinpoint. However, they also enact a damaging erasure and homogenisation of millions of people.

A recent survey released by Inc Arts UK under the name of #BAMEOver set out to try to answer the multifaceted question, ‘What do we want to be called?’. The statement reads, ‘We do not want to be grouped into a meaningless, collective term, or reduced to acronyms’. Instead, the 1,000 people asked settled on a simple request for specificity: ‘Call us by our name. Be specific. Understand the terms you use’.

Naming those who have for centuries gone unnamed is a basic act of solidarity.

With specificity in mind, I played around with the likes of ‘4.7% of top jobs [in the UK] held by African, South, East, and South East Asian diaspora people’. While wordier, this was certainly better than the negative connotations of ‘non-white’ or the othering tone of acronyms and terms such as ‘ethnic minority’ (and, as #BAMEOver point out, ‘minority’ is hardly accurate).

An idea occurred to me: what would it mean to transfer the statistic’s emphasis? How about: ‘95.3% of leading UK jobs are held by white people’? Wouldn’t the Green Park statistic, thus reversed, be equally as impactful?

Like many daydreams, this thought experiment is riddled with ambivalence. The homogenisation of a large group of people under the meaningful, and simultaneously meaningless, signifier ‘white’ is also not without its issues.

Equally, the re-centring of whiteness, and subsequent omission of blackness, is hardly a step in the right direction. Naming those who have for centuries gone unnamed is a basic act of solidarity.

Perhaps the difference is that whiteness is the default subjectivity in the UK, yet is rarely understood as such. Whiteness imbues most institutions and spaces, becoming unremarkable in its portrayed normalcy. It ceases to be seen as a racial marker, invisible to those who inhabit it, yet inherently exclusive to those who do not. To Sara Ahmed, whiteness is an ‘absent presence… against which all other colours are measured as forms of deviance’.

So, by flipping the statistics, do we highlight the colour of whiteness and its place in the spectrum of ethnicity? In a world schooled to emphasise the skin colour of some in order to normalise that of others, the very utterance of whiteness reveals it as a shade that can also be described.

This thought experiment catches its breath on this valuable moment of ambivalence. In a terrain so nuanced and eclectic, a one-size-fits-all rule is illogical and, quite frankly, lazy. While grouping together those who do not feel kinship will always be hazardous, a thoughtful contextualisation of every statistic and an awareness of the people it seeks to represent will allow for slightly fairer outcomes. Let’s calm our numerical frenzy and remember the world of individuals crammed into these handfuls of digits.